Dr. Pope is widely considered to be the founder of and one of the leading authors in the field of cultural diversity issues in career counseling and career development, especially gay and lesbian career development. A prolific writer and leader, Mark has been instrumental in bringing to the forefront of the counseling profession broadly and the career counseling field in particular the special issues that lesbian and gay individuals face in American society. From his first publication in 1990 on the sexual behavior and attitudes of midlife and aging gay men to his most recent article on the trials that lesbian, gay, bisexual, and transgender international students face as they study in the US, his work has been groundbreaking in the counseling literature. 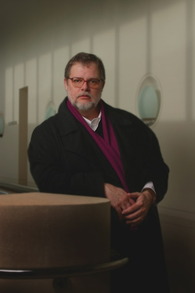 Mark is the Thomas Jefferson Professor and Curators’ Distinguished Professor Emeritus at the University of Missouri-St. Louis where he served as department chair for a decade and brought his department to a consistent top 10 national ranking for all counselor education programs. He served as the Career Development Quarterly editor and President of the National Career Development Association and the American Counseling Association. Dr. Pope also was recipient of the NCDA Eminent Career Award.

This is the seventh interview within the Career Convergence series on experienced NCDA leaders as they offer insights about their “later chapters” and navigating a lifetime of transitions. This project hopes to add to the knowledge base of ageless aging, transitions, and questions critical to developing career development leaders.

What helped you to gain your voice within the field?

What motivated me the most was not seeing others like me visible in our profession. I decided that I wanted to make us visible – both in the leadership and scholarship of our profession. When I became engaged in our profession in the 1980s, I found that so very little had been written about societal minorities in the career counseling literature. As one of the few gay men who were open about their sexual orientation, I had an opportunity to use that voice to fling open those doors and welcome others into our profession – to create other opportunities for such minorities. That is what I hope is my lasting legacy to our field.

It was Mark Savickas who provided my intellectual and scholarly mentoring. I knew that I wanted to focus my passion on career counseling with sexual, gender racial and ethnic minorities. He helped me develop a plan and he consistently found a place for me at the scholars’ table, even when there were none before me.

In the National Career Development Association, it was Jane Goodman who took me under her wing first. We bonded at an American Counseling Association Conference and talked like we were long lost friends who had found each other after being apart for years. That authenticity and acceptance was so intoxicating, and I felt like I had come home.

Also, the old (meaning “older than me”) white straight men in the leadership of NCDA liked me, like Ken Hoyt, David Jepsen, Roger Lambert, Howard Splete, Norm Gysbers, Ed Herr were always so very supportive of me and my work. I learned so much from each of them.

To what degree have you lived a life following what you professed about career development principles?

These can all be overcome. I have six C’s that I have used as my mantra over the years: confidence, competence, comfortability, contemplation, consciousness, and currency. I think of them as my guides to personal and professional success as they address skills that were acquired over my lifetime. I only noted them as I acquired them through those difficult segments of my life.

Add optimism. I rarely found real external barriers to what I have wished to accomplish. It seems to me that the most significant barrier for many people is what they think others might do if they found out that they are not like them. All I found was love, respect, and acceptance and a big open-arms welcome from my colleagues in our profession, especially the NCDA leadership.

When I was five years old, I can remember wanting to be a pediatrician, to help little poor kids like myself and never again have to want for the necessities of life. In both high school and college, I was a regular in the school/career counselor’s office. I just wanted to be sure that I was on the right path. I changed from pediatrician, to attorney, to dean of students, to counselor, to professor. With more personal insight and more exposure to other occupations, I kept refining my career decisions. There were many forks in the road. Sometimes I choose wisely; other times not so much. But I learned so much from each decision and I kept analyzing the new incoming data of my life as I lived it meant I continued to learn about me. That developing consciousness of who I am was critically important to these decisions.

Doing and patience. And although these two are not exactly counter-posed, they were functionally opposites to me. Early, I was like the proverbial bull in the china shop, but I had some innate traits like intelligence and authenticity as well as some learned interpersonal and political skills that took some time to develop. I was a natural and active doer, but the patience was eventually learned in sometimes difficult ways. It feels like perspective these days – a skill that has time as its kindling.

What are your thoughts about what’s ahead for you?

After 21+ years, I retired on September 1, 2018 from my faculty position at the University of Missouri – Saint Louis – my first and only full-time academic job. I always tell my career counseling clients that “retire” (that is, “re-tire”) means literally “to tire again.” And retirement is only the end of one part of your career and the beginning of the next part. I still have much to say and to do and a list of over 20 books that I intend to write.

How is your biological clock impacting you?

I do not feel 66, but I do have health issues (some lifelong) that have impacted my journey. If they are “barriers”, I have not let them stop me from doing what I felt called to do. The path may have at times been a bit more circuitous, but I have kept my focus on my long-term goals. When you are born a poor, gay Cherokee boy from rural southeast Missouri with spina bifida, it would be understandable if you didn’t reach all of your individual or societal goals. I have never allowed these to stop me. I just found a way around them.

What advice do you have for your younger self? What’s the most critical piece of advice you want to share with new professionals in our field?

Persist. Passion. As a Jungian dominant extraverted feeling type, I have followed my heart in so many ways. Optimism. Perspective. Patience. Know what the rules are so that you can break them properly in the service of your students, clients, and all those who are treated inhumanely in this system.

What one sentence would you use to describe the legacy that you hope to leave to the field?

Embrace the other. See #1 above.

As eneritus prof & cofounder of one of the top 10 Counseling Psych programs ( Boston College), &former officer of NCDA, ACES & ACA, I had the priviledge of associating with 5 of the 8 interviewees,going back to Norm Gysbers in1960. Ifound Mark to be an inspirational leader, and a finerole model. Keep up the great work.

I am so pleased to read this interview of my favorite professor from UMSL!

What a great article about one of my all time favorite NCDA Leaders! Thanks Rich for this article and thank you, Mark, for years of guidance and support during my time on the NCDA Management Team.

"Embrace the other" is a mantra for our time. Thank you Dr. Pope for your exponential contributions to the field.

Thank you for interviewing my forever Guru.

Rich: Another engaging interview in this series, thank you. Mark: years ago you were one of the first editors to believe in my work as an early scholar --and I remain appreciative.

Thank you Mark Pope for your career development principle: "Everyday. Find and follow your passion." It's spot on!
P.S. Thank you, Rich Feller, for yet another Terrific! "Later Chapter" interview!

Thank you for sharing this insightful interview. While short, there is so much to learn and celebrate in it. Thank you, Mark and Rich.