Artificial Intelligence and the Future: A Book Review of A World Without Work: Technology, Automation, And How We Should Respond

In A World Without Work: Technology, Automation and How We Should Respond  [307 pages], David Susskind, an Oxford University economist, explains in a comprehensive and persuasive analysis how computer artificial intelligence (AI) will eventually replace the need for almost all workers. He provides in detail the technological and economic reasons for this and the various economic, political and societal ramifications. 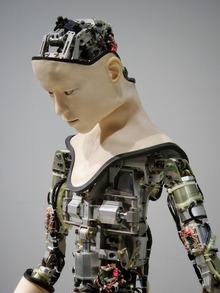 Starting with the Industrial Revolution, advances in automation led to job losses in certain occupations and industries, but created more jobs elsewhere in the economy. Prominent examples are the telecommunications industry with the replacement of telephone operators by automated relay equipment, the manufacturing industry with synchronized machines processes and robots replacing production assembly workers, and the use of word processing equipment reducing the need for typists and secretaries in business operations. This process is no longer widely occurring and will cease with the rapid advancement of AI. The eventual result will be a very small number of jobs left for the workforce (i.e., a “residual workforce”).

Susskind (2020) provides many examples of how tremendous increases in computing power and new ways of applying AI are enabling machines to move beyond manual tasks into cognitive and even emotive (interpersonal) occupations by steadily replacing tasks in manners which are accelerating. They no longer need to mimic human behavior and intelligence to accomplish jobs by using different approaches such as algorithms to break occupational work into tasks which can be accomplished technically. Over time, the tasks aggregate to automate, in most cases, the entire job. The machines will become so powerful that they can progress independently; humans will no longer even be needed to work with machines as some other futurists have predicted. There may be some “residual” work that humans could do better, but the vast amount can be done quicker, cheaper and better through AI machines and processes.

Susskind does not view education and retraining as an adequate answer to technological unemployment because of individual skill, interest and mobility limitations as well as the fact that even highly skilled technical workers will eventually not be needed. He contends that the best education now is in areas which the machines will not be supplanting, but acknowledges even that will be harder to predict and become more and more limited as AI accelerates.

Describing himself as a “technological realist” (Chace, 2020), Susskind admits he does not know exactly when technological unemployment will happen. For a timeline, Susskind sees this displacement occurring over a decades long time period rather than immediately, and at an uneven pace due to technological, economic, regulatory, cultural and political factors. For the next decade at least, he predicts the rate of change will be limited. Based on the AI advances that Susskind outlines, it would seem the automation process may occur faster than he states, especially since recovery from recessions such as the current crisis usually leads to increases in business automation. He may underestimate the continuing need for interpersonal occupations such as nurses, counselors and psychologists which provide many tasks not amenable to automation and might be part of the “residual” work force.

Susskind does have an optimistic view, contending that material goods will be so available that the entire society will benefit from the more than adequate resources that will be available. However, government intervention to ensure fair distribution of resources through taxation, distribution and sharing processes will be needed. This can be done, in his opinion, through a mandated Universal Basic Income system with requirements and rules for both individuals and society. Even without economic needs, some individuals will continue to want to work for intrinsic self-fulfilling reasons, which can be provided through unpaid work.

If this analysis proves true, career counselors would seem to have a critical short-term role in assisting workers displaced by technology. In doing so, they will need to pay even more attention to reliable and updated labor market information and workplace trends. Longer term, they may be better positioned than anyone to help individuals adapt to a world without work by becoming lifestyle or leisure time counselors, advising individuals on volunteer work or life skills training related to character and related virtues that Susskind advocates.

While employed at a British University, Susskind has studied and worked for several years in the United States; his analysis applies to all developed countries, and most of his examples are American. However some have criticized his work for being based too much on assumptions, such as why men are out of work (i.e., “frictional technological unemployment”) and forces affecting labor demands (Murphy, 2020). Regardless, the book is a fascinating non-technical read on work in in all its historical, economic and philosophical aspects and includes related topics such as inequity and the role of big tech. Those working in the career services field would do well to read it for the purpose of generating thoughts about the future.

Susskind, D. (2020). A world without work: technology, automation and how we should respond. Metropolitan Books.

Charles J. Lehman is the Director of a New Mexico economic consulting company specializing in workforce issues and needs. He is also a charter member of the New Mexico Career Development Association.

He is retired from the New Mexico Department of Labor where he worked on economic research and workforce program implementation. He has degrees in economics and mathematics from the University of New Mexico and has served as an Air Force officer. He serves as the Treasurer on the NCDA Board of Trustees and can be reached at charles.j.lehman@gmail.com