In the Trenches: Women Vocophers’ Contributions to the Career Development Field

“America can never reach the highest point of democratic strength ... if she fails to heed the needs of her women workers.” (MacLean, 1916, p. 130)

In 1913, the first United States Department of Labor was established (Feller, 2013) to collect labor statistics. Prior to this, data regarding types of work, demographics of workers, and pay was not nationally catalogued. It was, however, collected by women labor rights activists (Abbott & Breckinridge, 1906; Abbott & Breckinridge, 1917; Reed, 1915), women academics (MacLean, 1910; Ritter-Beard, 1915) and women who were early vocational fair wage advocates (Beardsley Butler, 1909; Henry, 1915; Van Kleeck, 1917). Collectively, their footpaths quantified and explained a topography of every day working life of children, women and immigrants on a national scale.

The forgotten masses, women and children who worked in the factories for unskilled and lower paying work, supported the backbone of many industries. Gathering this information through one-on-one meetings, Jane Addams, Grace Abbott (Abbott and Breckenridge, 1906), and Mary Van Kleeck demonstrated the need for equitable labor rights. Simultaneously, MacLean (1910) cataloged new employment positions across manufacturing such as jewelry making, metal-working trades, mining, meat packing, and breweries spanning “widely scattered regions between New York City to the Pacific Coast…mining regions of southern Pennsylvania, the great industries of Chicago, certain small cities of Michigan, and the great middle west” (p. 3). She also collected workforce information in Oregon and California trades where women were employed.

Without a national funding source, early vocational bureaus were privately funded and tied to Settlement Houses. The Boston Civic House, credited as the first vocational bureau in the United States, relied on the generous private funding from Aggasiz Shaw, a wealthy, progressive woman from Massachusetts (Brewer, 1942). More than philanthropy, Shaw provided support for working women after they left the settlement house, offered vocational training groups in the settlement houses and was one of the first to establish free childcare centers after seeing this need of women workers (Smith, n.d.).

The early Settlement Houses, including the Hull House, connected many early women vocophers 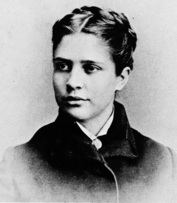 with one another. In 1893, Florence Kelley worked with four men from a local vocational bureau to gather employment data in Chicago. Interviewing poor and immigrant men, women and children, she curated a prototypical economic map designed to understand wage and population trends among its residents (Bienen, 2012). Kelley lived at the Hull House and became acquainted with Edith Campbell and Helen Woolley. Their mission to create equitable working conditions was manifested later in their efforts to open the Schmidlapp Bureau in Cleveland, Ohio. Another early privately funded bureau was the Cincinnati Vocational Bureau. It was directed by Emily Robison who also authored one of the first vocational guides for women.

Frank Parsons is credited as the Father of Career Development and led the Boston Vocational Guidance Center with contributing assistant counselors, namely, Lucinda Wyman Prince, Ralph Albertson and Phillip Davis. They are credited with having the first counseling staff in the country (Brewer, 1942; Briddick, & Sensoy-Briddick, 2009; Wilson, 2013). Interestingly, Prince lived in a Boston Settlement House and noted social inequities between men’s and women’s pay. She also was an educator and counselor and funneled her life experiences to create more opportunities in social reform.

Woolley’s Cincinnati Bureau contained traditional employment services and a research laboratory where she supervised the psychological testing of over 1000 children in a few short years studying motor skills, intelligence and general aptitudes (Ryan, 1918). Vocational bureaus on the East Coast, specifically, felt research ought to be outside the scope of the vocational bureau (Ryan, 1918). Brewer stated that Woolley was lacking in vocational knowledge to conduct research as part of a vocational bureau. “Mrs. Woolley's work remains a bone of contention among vocational guidance workers. No one questions her earnestness and ability” (Ryan, 1918, p. 13). Instead, mental defect research was conducted at the University of Cincinnati psychology clinic under the direction of William Breese who studied under William James at Harvard. This team was credited with gathering diagnostic data and his team took over the diagnosis of mental trait defects (Lakes, 1988). Despite an insinuated lack of credibility in her research Woolley was appointed president of the National Vocational Guidance Association in 1921 (Lakes, 1988).

In 1910, Anna Yeoman Reed accepted a position to direct the Seattle Vocational Bureau. She began field work research in 1912 on the employment and pay exploitation of newsboys and girls (Reed, 1915). Follow up studies (Reed & Woelpper, 1920; Reed & Eckstein, 1916) examined the length of educational tenure, perseverance in the educational system, and how educational goals help one to become a skilled worker upon graduation. ­­­She noted a correlation between the lack of a living wage for those that left school early and increased incidences of crime (Reed & Woeleper, 1920).

At the 3rd Annual National Vocational Guidance Association meeting, Edith Campbell was called upon first as an expert who had researched ways to discover children’s potential at school and work (U. S. Bureau of Education, 1914). At the same gathering, Anne Davis from Chicago shared her team's work studying truant boys and girls in the workforce who were around the age of 14 years. They discovered that a proactive vocational approach commencing in K-12 settings would retain children in school longer by making learning more relevant and meaningful through career exploration.

Part of what sparked the Progressive Era was the lack of access and opportunity for all U.S. citizens. Yet, 100 years later, gender and racial disparities continue in the work world. Consider the following current data:

Today’s career practitioners may provide critical help to women and people of color in a variety of ways and settings. Sharing statistics from the Bureau of Labor Statistics, they can open discussions on the possibility of alternative work sectors or higher-level paying jobs through exploration of what jobs are available in their region. Using a holistic approach like Shaw and Prince, today's practitioners may identify unique client needs whether they be economic, spiritual, or social.

Connecting clients with resources in the community and social networks may yield additional support to accomplish career goals. Coaching clients on how skills from multiple settings apply to a work environment can be empowering, considering a culture that does not always value unpaid or unskilled work. Investing time, energy and credibility into the entire workforce increases everyone’s social capital and the holistic success of our nation.

Reed, A. Y. (1915). Seattle children in school and in industry: With recommendations for increasing the efficiency of the school system and for decreasing the social and economic waste incident to the employment of children 14 to 18 years of age. Board of School Directors.

This is the second  herstorical  article  (i.e., a history of pioneering women in the career development field written by a woman) designed to broaden and deepen our understanding of our professional roots. Read the first article in Career Convergence: We All Want to Change the World: An Introduction to the Series, Early Women Pioneers in Career Development  (Patterson-Mills , 2021)

Sarah Patterson-Mills, Ph.D., LPC, is the Assistant Dean of Counseling, Behavior Analysis and Undergraduate Social Work, the School Counseling Program Chair, and Associate Professor in Counseling at Lindenwood University. She earned her doctorate at St. Louis University in Counseling and Family Therapy in 2010, is a licensed therapist with over 15 years of experience working with a variety of clients across the lifespan, and a 7th -12th grade school counselor. At Lindenwood, she teaches a variety of school counseling and career counseling courses. She serves as Co-Chair of the NCDA Ethics Committee and is the editor of Ethics in a Nutshell column  in the  Career Developments magazine. For the last three years, she has served on the Association of Counselor Educator and Supervision, School Counseling Supervision Work Group.  Her research interests include supervision of school and career counselors and in feminist counseling theory and practice. She can be reached at spatterson-mills@lindenwood.edu.

Thanks for this very important article. It reveals a very important and often lost history of our field. Hull House in Chicago was one of the most important and amazing institutions working on inequality and vocational development. Here is the website
https://www.hullhousemuseum.org/

Thank you, Larry. The Hull House, as well as the other settlement houses truly served as grassroots bases at the inception of the field. And, the emphasis on inclusivity and access, although no where near what is looks like today, was progressive for the era. We have a great foundation in our field!