Understanding the Role of Unconscious Conflict in Career Counseling

[Editor's Note: this article originally appear in Career Convergence in 2014. It is included here today due to its significance to the work of career professionals.]

Ms. Jones, a gifted, older undergraduate with outstanding credentials, planned to apply for graduate school. However, when it came to writing her application, she found herself immobilized. Ms. Jones' college counselor was unsure how to help her overcome the issues paralyzing her progress.

Meanwhile, Mr. Smith sought help from an experienced career counselor in private practice. Despite graduating from an Ivy League college, for two years he had been unable to find a job. Living in his parent’s basement, Mr. Smith engaged in a lackluster job hunt. Furious and frustrated, his parents insisted that he seek career counseling, and paid for him to do so. But he came late to sessions and failed to follow through on agreed upon tasks. One day, he erupted into a rage at the counselor and blamed her for his lack of improvement.

The majority of people who seek out career counseling can be assisted with customary tools of the trade: the counselor listens, clarifies goals, and helps the client to create and implement a plan for pursuing their objectives. Career counseling conversations hold the client accountable and address roadblocks that get in the way of progress. Typically, this work leads to satisfied and successful clients, but not always. Some clients, like those described above, seem to defy the efforts of even the most skilled career counselors.

We have all likely encountered individuals who come for career assistance, but end up undermining the process. Both the client and counselor end up discouraged. Based on these kinds of interactions, I recognized the need for a new paradigm for understanding these types of clients. As a career counselor, psychologist, and psychoanalyst, I began to conceptualize these clients’ difficulties in the same way that I formulate the troubles of those I treat in psychotherapy and psychoanalysis. That is, when a client sabotages the work, I view it as a sign of an underlying, unconscious conflict. This thinking led me to develop a model for recognizing and addressing unconscious career conflicts.

A psychoanalytically-informed, career assessment asks: what function or purpose does the career conflict serve? This question may seem counterintuitive, as most clients say they want to be helped. But, consider this puzzling concept: when a person has a conflict, they derive some benefit from it, albeit unconsciously. Thus, the task here is to develop an in-depth understanding of the unconscious conflicts that interfere with an individual’s capacity to achieve their career goals. 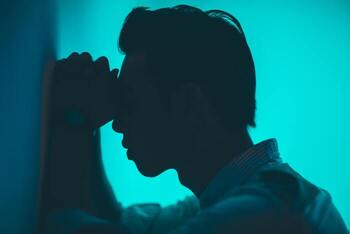 First, we must clarify how the conflict itself protects the individual from pain. A psychoanalytically-informed perspective recognizes that a client has two contradictory, simultaneous wishes: the desire to develop a fulfilling work-life, and the desire not to do so. A comprehensive understanding of the conflict helps the counselor to identify the sort of intervention that increases client awareness, and eventually allows them to take steps toward career success. Like any psychological or psychoanalytic assessment, this approach focuses on understanding the client within the broader fabric of their personal, family, and medical history. It proceeds in much the same way as an assessment for anxiety, depression or any psychological concern, except,in this case, the emphasis is on career as the presenting problem.

After learning about the client’s history, the counselor can explore early antecedents of the career concerns. What was the client’s early experience in the world of school, work, and home? What sorts of attitudes, views and feelings did the parents convey about these worlds? What views did they convey about money? Current experience is central, too. What are the attitudes of the key people in the client’s life? How might the client’s career success or failure affect these people? Are they a source of support or a part of the conflict?

The counselor then attempts to clarify whether the individual’s career difficulty is recapitulated in other areas of their life and, if so, how? For example, does the person who has difficulties committing to a career also have trouble committing to relationships? Answers to these questions lead to a more nuanced understanding of which interventions might prove most effective in resolving the career difficulty: career counseling, psychotherapy, or psychoanalysis; or, some sort of treatment in conjunction with career counseling.

The Model in Practice

Returning to the vignettes described above, in the case of Ms. Jones, I encouraged her college counselor to conduct a psychoanalytically-informed career assessment. The counselor learned that Ms. Jones worried that with a graduate degree she would out-earn her husband and this would culminate in the dissolution of the marriage. This awareness prompted the counselor to recommend short-term marriage counseling, focused on this issue. After five marital counseling sessions, Ms. Jones returned to the college counselor, a draft of her graduate school essay in hand.

My assessment of Mr. Smith revealed that he was, unconsciously, enraged at his parents. He felt that they had controlled his every move, interfering with his capacity to stand on his own two feet. Not finding a job was actually his revenge. Similarly, in career counseling, he treated the counselor like a de facto parent. Projecting his rage onto her, he found pleasure in defeating her efforts. Because his difficulties were entrenched, I recommended intensive psychoanalytic psychotherapy. After some treatment, he was able to make better use of career counseling sessions. He soon found a fulfilling job and moved out of his parents' basement.

I now implement this model during my initial contact with all career counseling clients. I describe my approach and explain that this sort of intervention is essential in assessing whether and how I can be helpful. It allows me to tailor my approach to their unique needs, and refer out to others when necessary. I have found that clients, many of whom have failed previous attempts at career counseling, appreciate this individualized approach. More importantly, it allows the client to get the most appropriate help for their difficulties, career development-related and beyond.

Lynn Friedman, Ph.D., developed the Psychoanalytically-informed, Career Assessment Model. She is in full-time, private practice in Chevy Chase, MD, on the Washington, DC, border, where she sees people in career counseling, psychotherapy and psychoanalysis. She teaches courses in these three areas in the mental health counseling program at Johns Hopkins University. Her nationally-syndicated column, Corporations on the Couch, was published in the Washington Business Journal. Lynn can be contacted at drlynnfriedman@verizon.net.

Thank you for articulating a complex idea in career counseling that needed a model. As a clinical career counselor in private practice, I often need to help clients look at the underlying issues that stand in the way of progress. I find that many psychotherapists could also use training in this area.

I am also in a situation as you described above with the younger client. So your words and remedies have helped me strategize with my next meeting with my client. Thanks. Lynn

Many thanks for an informative post on this subject. To your point, if you can spend more time understanding what has held them back. . . prior to showing up in your office, it will help in pinpointing the approach.

Recently, I found a number of free online assessments that help to understand some of the prior history especially when it comes to a client's decision making. Here is the link for practitioners to use:

I really enjoyed this article. I, like so many in this industry, have come in contact with individuals who cannot be successful because of the varies roadblocks they put in place.

Thank you for your feedback and for the helpful resources.

This well-written and informative article illustrates the need to look beyond the "obvious" causes of career problems to consider the unrecognized dilemmas underlying the problem.

This is a highly useful article and clearly shows how unconscious thoughts, feelings and wishes - and the conflicts that can get worked up between them - can interfere with the best efforts of someone trying to improve his or her career situation, as well as the efforts of those trying to help that person. Dr. Friedman has an exceptional ability to integrate complex concepts in ways that are commonsensical and quite easy to put into practice. This article is another example of her ability to do this.

This article really resonated with me and I found it enjoyable and easy to read. As a clinician, I often work with people who don't understand how they might be unconsciously getting in the way of themselves and their ability to be successful. Dr. Friedman does a nice job of articulating these complex ideas in a way that is easy to understand.

A useful and clear explanation of how to apply some basic tools to help clients learn how they may be unconsciously undermining themselves. Lucid and straightforward presentation, without jargon, that can be used or adapted in different situations.

Thank you for your article. It provides a helpful perspective on why so many career coaching clients don’t follow through on the tasks that would help them to find a job!

Dr. Lynn Friedman has skillfully woven together the complexity of underlying conflicts in a user-friendly article. Not only is she an expert in career counseling issues, but she invites the reader to look beyond the surface in order to clear obstacles - both known and unknown.
Thank you for this excellent resource.

I came across this article while researching career counselors for one of our adult children. TV's Dr. Phil has a saying about bad habits and behaviors, "How's that working for you?" While Dr. Friedman explains the phenomenon of working against yourself in more sophisticated terms, the core is that we can sabotage ourselves and our progress. Helpful article that provides meaningful insight.

Interesting and important article that gives a fresh perspective on a challenging scenario.

Finally an article that is looking at career issues at a deeper level. I found it very interesting since my background is a combination of clinical training and carer counseling. Although the article discusses psychoanalytic therapy, it is also about the family system and values that might be creating confusion for emerging adults.

This article brings to light the importance of looking at career issues through the lens of a person's entire life and underlying obstacles to success. This approach will help those whose previous career efforts have failed to finally find their way to removing those obstacles and enjoying real career success.

This is a very useful article. So often career counseling clients come in only with the end in mind--finding the job. To do so, they think that a strong resume and interview prep will be enough.

You've articulated very clearly that those tools--even though they may already be in place--don't guarantee a client's success.

Identifying the barriers that prevent rewarding work is essential in career counseling. Thanks for helping us understand the depth of this issue.

It is so good to see such integration of concepts...would encourage you to lead training at NCDA events...thank you for helping us all think at a deeper level

Disclaimer: The opinions expressed in the comments shown above are those of the individual comment authors and do not reflect the opinions of this organization.